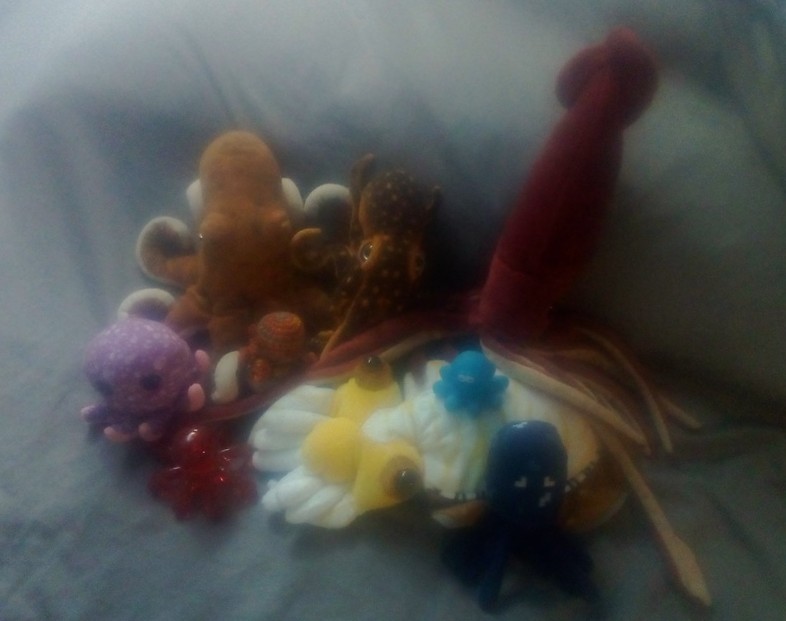 A little bit about cephalopods#

Cephalopods are a class of marine mollusks that include squid, octopus, cuttlefish and nautilus. I think they’re awesome. They’re found in all shapes and sizes, from the little Flamboyant Cuttlefish to the Giant Pacific Octopus, the Collosal Squid and the clumsy Chambered Nautilus.

What started out as a bit of fun in our family has turned into a pretty nice collection of stuffies.

This is the Common Cuttlefish. 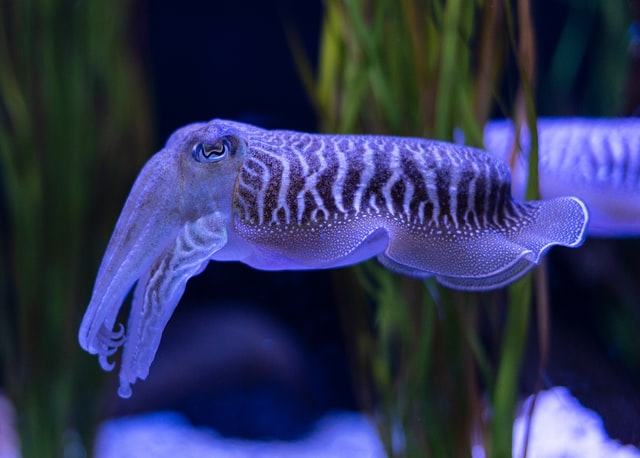 They’re not so common, though. For one thing they seem to be highly intelligent, although in an alien sort of way . 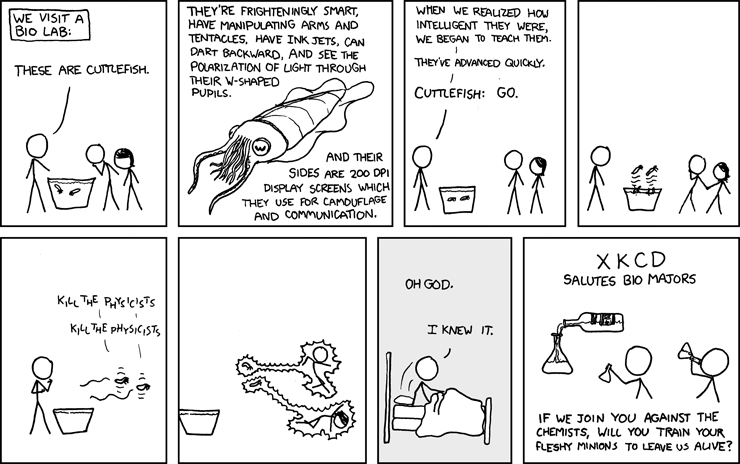 Flamboyant Cuttlefish are only about $ 2\frac{1}{2} $ to $ 3 $ inches, but they make up for it with their spectacular display… 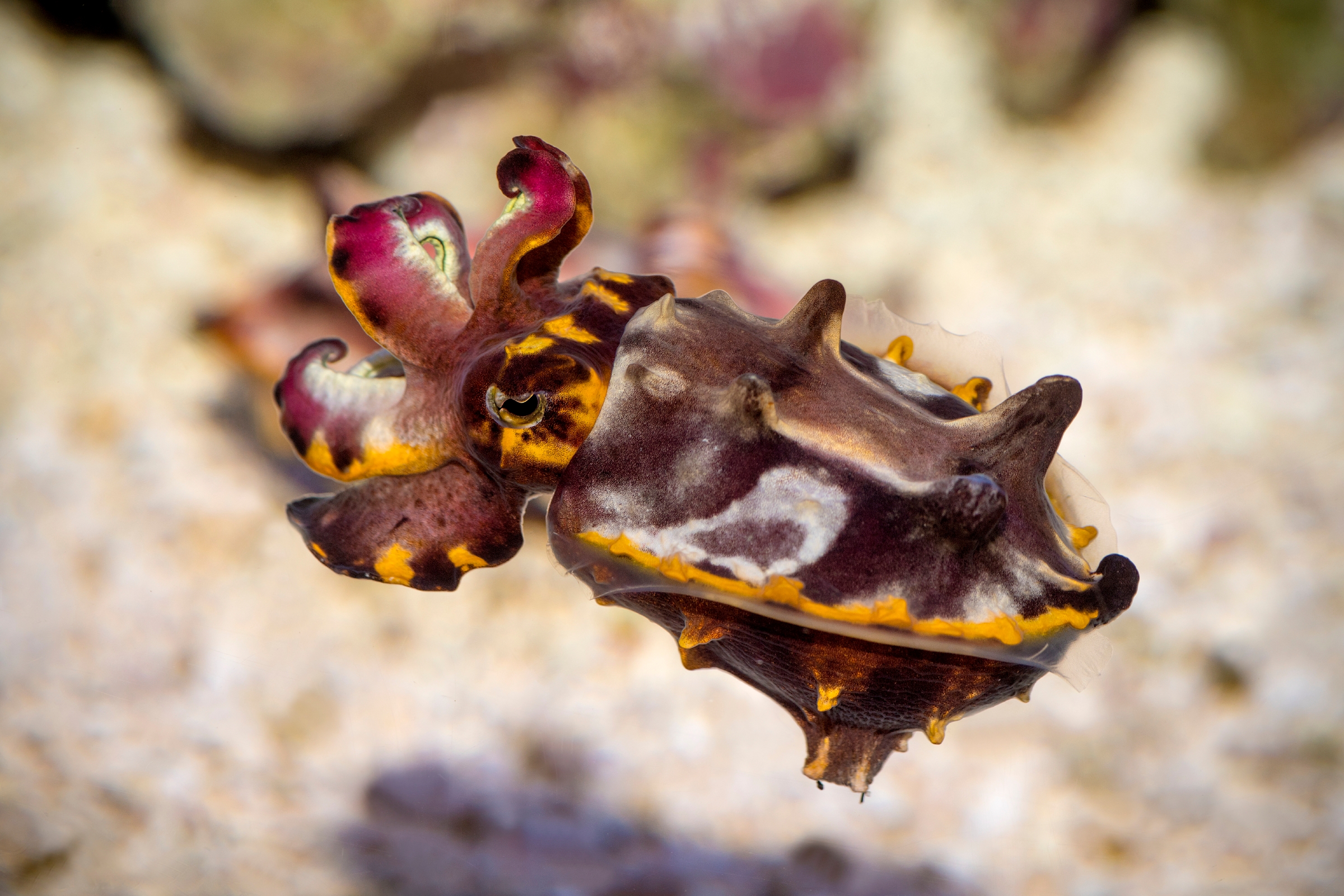 and deadly poison. They’re the only known cuttlefish with poisonous flesh.

Have a look at this video and tell me you can’t tell that the Great Designer is at work here.

Squid vary in size from the tiny Pygmy Squid, which is about a half inch in length, to the Collosal Squid, which can battle toothed whales for supremacy.

Squid are strong and fast, and the arms and tentacles of the larger species can be rather frightening.

Humboldt Squid are adept at colonizing new habitats and opportunistically preying on new sources of food. They’ve even been know to attack divers in the Sea of Cortez, but this is probably in the search for food and is not common for them. 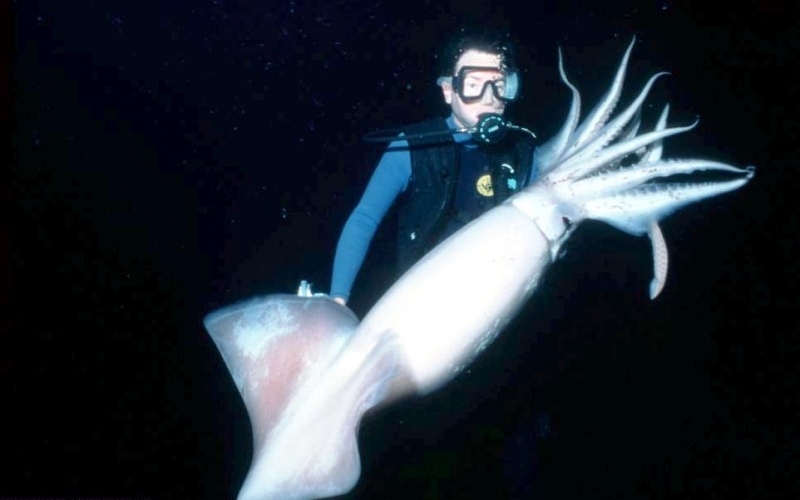 Like Cuttlefish, Humboldts can change the colour of their skin. Red, white and even purple skin make them a bit difficult for those unfamiliar to identify.

Of course I can’t go without mentioning the Giant and the Collosal Squid. I’m looking forward to scientists finding a new, larger species just to find out what hyperbolic name they come up with next.

These are deep ocean squid that are rarely seen, although the marks of their hook-suckered tentacles can be found on the side of their arch-enemy; the sperm whale. 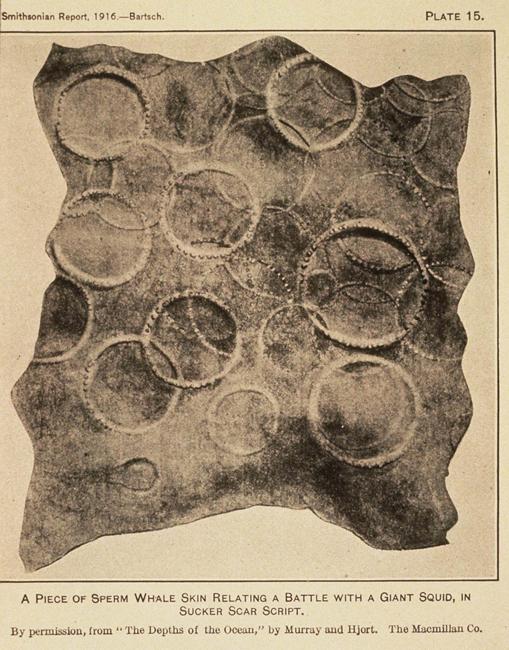 With eyes the size of dinner plates and tentacles up to 10m long, this is one animal you don’t want to mess with. Although you’d be very unlikely to since they probably live 300 to 1000m down in the ocean. 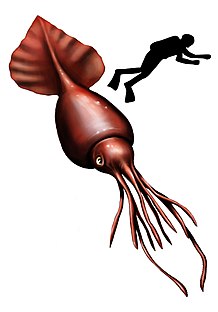 The long-lived Chambered Nautilus are so cute in a bumbling sort of way. They’re the only living cephalopods with a shell. They even have a poem written about them .

Here’s a video that combines the bumbling beauty of this creature with the poem mentioned above:

I’ve saved Octopus for last. There are many species with a huge array of shapes and sizes. They have 8 arms, but don’t have the long feeding tentacles of squid or cuttlefish.

Here are some examples of some of the coolest specimens:

The Giant Pacific Octopus; at 110 pounds and 16 feet across, this is the biggest octopus in the world. It lives for only about four or five years and the female will care for her 70,000+ eggs in a cave before dying once they hatch.

Just like the other members of the family, they’re weird. They have three hearts and nine brains and can drastically change the colour and texture of their skin in a split second.

Then there’s the Mimic Octopus which seems to be able to ape most of the other animals in its environment. It can change its colour, texture and shape to look like: 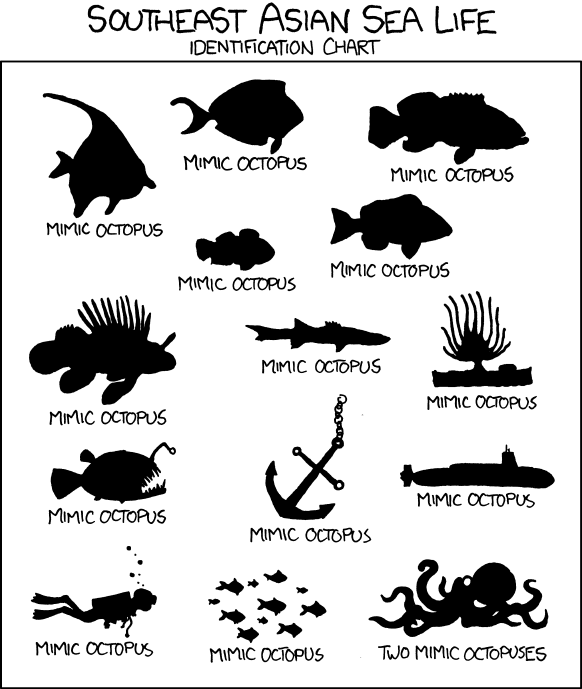 I love the alienness, intelligence and obvious design of this incredible class of creatures.

I was reminded in our family readings of exerpts from John Calvin’s writings on the psalms, that David’s ‘The heavens declare the glory of God’ (Psalm 19:1 ESV) is an example of synecdoche . Surely cephalopods should be included in a list of creatures that ‘proclaim His handiwork’.