Every year without fail, sometime in the middle of August, the Game Olympics are announced. This modified double elimination board game tournament has been a tradition in our house since 2017 (I think) and is the brainchild of our youngest.

The tourney follows a kind of double elimination format. All four of us agree on a game to start, usually a board game like Monopoly, Munchkin, Apples to Apples or a card game like President. It has to be a game where there is a clear loser. We often have to play beyond the normal end of the game to determine the loser.

Each of the first 6 games are agreed upon by the players and chosen carefully so that there is a clear loser (and winner 😉). The finale, however, is special.

We try to make the final game a spectator sport. The game is chosen by the two final players and must be one that is suited to both of them and that they enjoy playing. Sometimes we all watch and sometimes the two go off and play on their own.

The boys have used Minecraft as the Finale, we’ve also used the Freeware game Vertrix 2 from The Clusters. Nicole and our youngest have played Spot-It, at which I would lose badly 🙁. We’ve even used the old party game Password as the deciding factor. 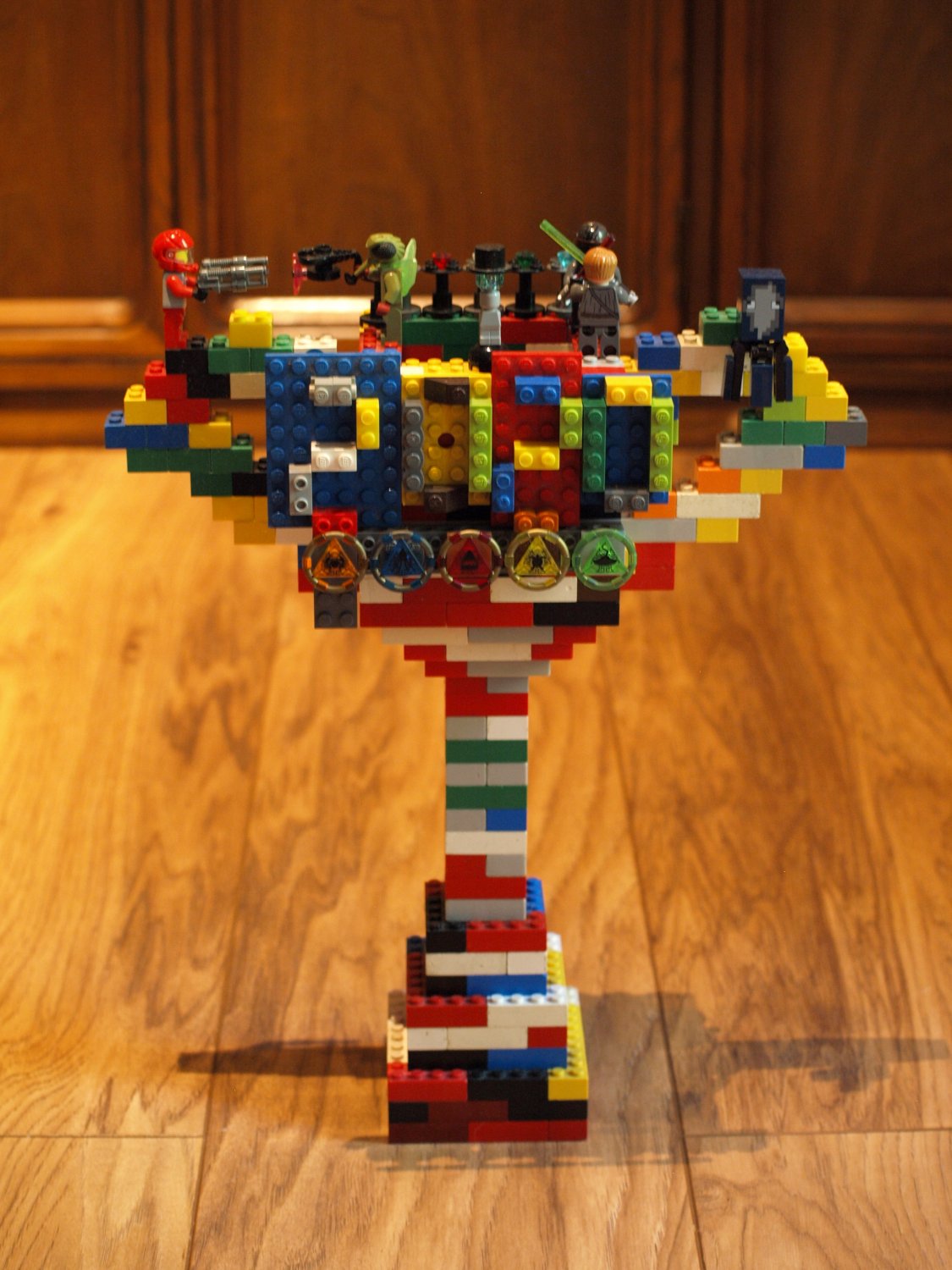 Phillip created the trophy for our first Game Olympics. Since that first tournament the trophy has slowly gotten more elaborate, with extra decorations and minifigs added. Each year as well, the year characters are updated.

The winner of the whole Game Olympics tournament has the right to display the trophy in their bedroom, although it sometimes gets confiscated before the next summer. After all, the creator has to get it ready for a new year.